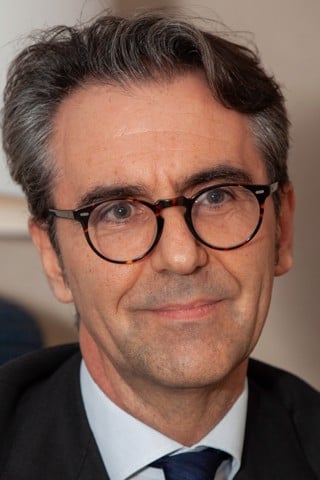 Pier Giorgio Aliberti, born on 16 April 1965, is Ambassador of the European Union Delegation to Vietnam since 1 st of September 2019.

His previous post was Deputy Principal Director for Asia and Oceania at the Italian Ministry for Foreign Affairs and International Cooperation. He has served as Italian Ambassador to Myanmar from June 2015 to June 2018. Previously, he was Head of the Political Office at the Embassy of Italy in Washington, DC, where he started working in 2010. In this capacity, he focused on US foreign policy, with an emphasis on Asia and security issues.

Prior to his assignment to the United States, he served at the Ministry of Foreign Affairs in Rome (MFA) as European Correspondent and Director for Common Foreign and Security Policy (CFSP) and European Security and Defense Policy (ESDP) at the European Integration Directorate-General (2007-2010), and as Deputy Director for EU External Relations, with an emphasis on Asia, Western Balkans, Neighborhood Policy (2006-2007).

Mr Aliberti had been previously posted in Brussels, where he worked for the European Union in Mr Javier Solana’s Cabinet as Counselor, responsible for Serbia and Croatia; at the Embassy of Italy in Copenhagen, Denmark, as Head of the Economic and Commercial Office and in Nairobi, Kenya, as Deputy Permanent Representative to UNEP and Habitat and Head of the Economic and Commercial Office. Before those posts, Mr Aliberti served at the MFA in Rome as Deputy Head of Office for CIS and Eastern European countries at the Economic DG, and as Head of the Secretariat for Personnel, Budget and Administration.

Pier Giorgio Aliberti graduated in Economics at Bocconi University in Milan, and continued his studies at the Ecole Nationale d'Administration (“Diplome International”), in Strasbourg and Paris, France, and at Wye College, University of London, where in October 2001 he received a Master of Science in applied environmental economics, with a thesis on “International Environmental Governance in View of the World Summit for Sustainable Development: a Roadmap for Reform”. He lectured at Universities and international research centers in various European countries and participated as speaker on EU and Asian matters in many events. He published articles on EU and Western Balkans matters.

Alex Douglas works as an Adviser for the Centre for Humanitarian Dialogue (HD) where he works on projects across Asia that aim to prevent, mitigate, and resolve violent conflict.  He is a member of the Centre for Humanitarian Dialogue’s team working to reduce the risk of conflict in the South China Sea.  In this role, he advises on strategy and facilitation for the efforts to promote cooperative management of the South China Sea’s shared fisheries resources. This project leverages regional expertise and information to produce a shared evidence-base on the status of key fish stocks that can form the foundation for further international cooperation.  He also contributes to HD’s project to reduce the risk of violent escalation between maritime law enforcement agencies in the South China Sea.  He has previously worked on conflict prevention and resolution in Nepal, Liberia, Myanmar, the Philippines, and Indonesia.  He holds degrees in Law and International Relations. Gilang Kembara is a Researcher at the Centre for Strategic and International Studies (CSIS) in Jakarta, Indonesia. His research mainly focuses on the field of maritime safety and security, transboundary security issues, and maritime regional cooperation. Gilang has collaborated with a variety of domestic and regional think tanks. He worked with the National Institute of South China Sea Studies (NISCSS) in China to help establish the China Southeast Asia Research Centre on South China Sea (CSARC), where he was enrolled as a Research Associate.

Together with CSARC, he helped convene a group of experts to cooperate on fisheries and environmental issues in the South China Sea. Gilang currently conducts a research project that identifies potential opportunity for Indonesia to develop bilateral fisheries cooperation. Gilang Kembara graduated from the University of Birmingham, earning a BSc. in Management in 2013. He continued his studies at the University of Birmingham, taking International Relations in Contemporary Asia-Pacific, and received his Master of Arts (MA) degree in 2014. 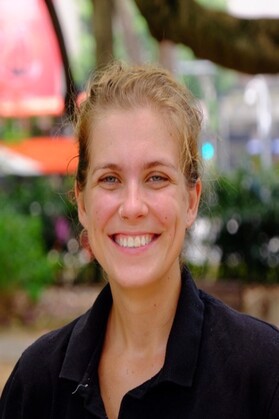 Naomi Clark-Shen has worked as a fisheries and marine consultant for multiple organisations.  In one of these projects, she sought to promote peace in the South China Sea through marine environmental protection. The research presented at this conference is a result of these findings, which focused on areas of overlap between countries’ governance of their Marine environments and fisheries. One of Naomi’s most recent positions was as Principle Investigator for an independent project surveying sharks and rays at Singapore’s fishery ports. She is currently enrolled in a Ph.D degree programme where she is studying the small sharks and rays that are incidentally caught in Southeast Asia’s fisheries.