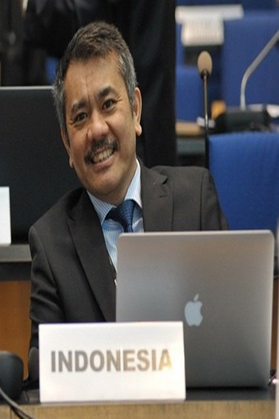 He is currently Director General for Legal Affairs and International Treaties of the Ministry of Foreign Affairs,  Indonesia.  Most of his career in the Ministry has been devoted to international law. He takes care of all treaties concluded by Indonesia, on how they are prepared, concluded, and then implemented in the domestic level. He also deals with maritime issues and how Indonesia implements UNCLOS 1982, and handles maritime boundaries negotiation.

He has been posted to some prestigious foreign missions abroad i.e. the Indonesian Embassy in the Hague, the Netherlands (1993-1997), the Indonesian Permanent Representative to the United Nations in Vienna (2000-2004), and as the Consul General in Frankfurt, Germany (2010-2014).

He graduated for Padjajaran University, Bandung (1987), acquiring MA in International Law and Politics in University of Hull, UK (1991),  and Doctorate degree on international law from University of Frankfurt (2014). He also attended the Hague Academy of International Law in 1994. He has published books “Hukum Perjanjian Internasional, Refika, 2010 and “Treaties under Indonesian Law: Comparative Study”, Rosda, 2014. 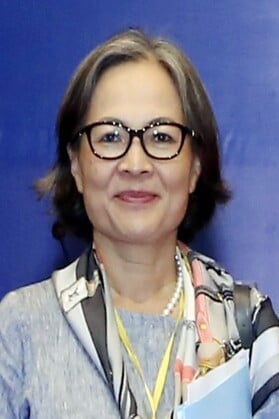 Mrs. NGUYEN THI THANH HA is currently Vice Secretary-General of the Vietnam Society of International Law, a non-governmental organization comprised of Vietnamese researchers and practitioners in different fields of international law. In 2015, she retired from the Ministry of Foreign Affairs where she served for 35 years in its Department of International Law and Treaties. She was appointed General Director of the Department of International Law and Treaties in 2012 and accredited with the Ambassador Rank in 2013. She was nominated by the Government of Viet Nam to be a member of the Permanent Court of Arbitration from 2013 to 2018. In 2020, she is nominated by Viet Nam to be included in the list of conciliators drawn up and maintained by the UN Sec-Gen under article 2 of Annex V of the UNCLOS.